As promised in March 16, 2006, I talked to Dr. Dani Tsadik about your request. He did not major in economy but took several courses in that discipline. Dr. Tsadik was my student and an excellent student. If you hear about any position in Iranian history in the US, I appreciate it if you would let me, or directly let Dr. Tsadik, know about it. Dr. Tsadik also majored in Jewish philosophy at the Hebrew University of Jerusalem. Currently he is unemployed. 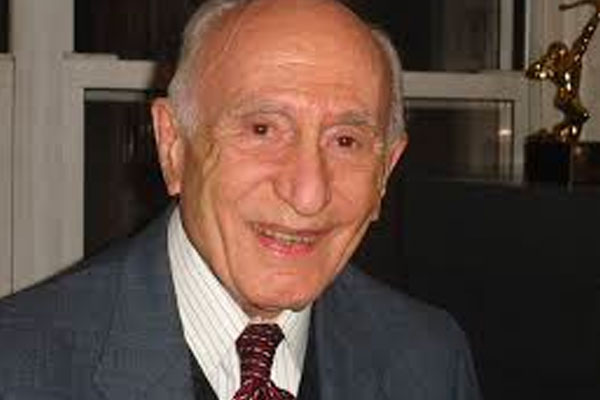 Below I am sending you a more detailed history of my beloved mother, Victoria, who died about three weeks ago, in February 23rd. She was 96 years old. I am really disturbed over her death. She was a special woman who encouraged me to study the “the past events” of the Jews of Iran. You are the only person in my life that gave me the academic direction to fulfill my mother’s desire. You are the proper person, scholar, friend and teacher that should know about her. She was my mother, educator, guide and close friend. She was loved by many friends and people. I received comforting words from the President of Israel, Defense Minister, his mother (Pari Khanom of Rasht – a close friend of my mother), the Chief of Army, many rabbis, colleagues and friends.
* * *

My mother was the daughter of Ya’qub and Goli. Her grandmother, Farangis, was not Jewish. I learned that Farangis, a beautiful girl, belonged to the Qajar royal family, Zargham al-Saltaneh. Some time in the second half of the 19th century, during the Naser al-Din Shah period, her grandfather, Aqajan, a handsome tall Jewish man, apparently fell in love with her in Teheran. As to how they came to know each other, I heard different versions. May be he was a Hakim; may be he was a good musician; may be he was associated with some high society friends. He converted to Islam and married her and was given a piece of land somewhere north-west(?) of Rasht. No one knows the name of the place where my mother was born. She always mentioned to me: “Between a river and a mountain – one day and night walking distance from Rasht – half a day on horseback”. Her father, Ya’qub, moved to Barforoush (Babol) and married Goli, from a Baha`i family. One day, for some reason, she took the little Victoria and ran away from her husband, Ya’qub, and went to live in a Kurdish neighborhood (Korde-Mahaleh) in the city of Rasht. Goli, said my mother, was tall and beautiful woman with light complexion and blue eyes. My mother used to say that her father, Ya’qub, was not so handsome. Goli died when my mother, Victoria, was three years old.

My mother knew Kurdish and could speak it very well. I do not know which branch of Kurdish. She also could speak Turkish. Her father, Aqa/Mirza Ya’qub, disappeared when my mother was five or six years old. No one knew when, where and how. His job was trading woods by employing workers in cutting trees in Gilan/Mazanderan districts. Probably he was killed. At that time my mother was not in Rasht. She used to say to me: “I was in Velayat”. I used to ask: “What was the name of the Velayat?” She would say: “The place had no name. It was the joint property of Zargham al-Saltaneh and my grandfather, Aghajan. In the summer we used to move somewhere else `Yeylaq-Qashlaq mikardim`”. Then she would say: “We always were in quarrel over the land and water with other tribes around. As a child I learned how to ride on horse and gallop on horseback as fast as I could. I was also a good archer. I could shoot arrows on the target hanging on trees while galloping on horseback.” She appeared to me like the Gord-Afarid of the Shahnameh. I read in some sources that the Zargham family in Teheran originated from the Bakhtiyari tribes.

Some of her life stories were known to me but the rest I learned from 23 cassettes she left behind in a small locked box. She recorded her memoirs accompanied by songs. The recordings are in Persian, Gilaky and Kurdish. Although she never attended school, she did know how to read and write, just a little. In the past I taught her to improve her reading in Persian. When I asked her why she did not learn to read and write, one of her answers was:

“When I was a little child, my maternal uncle separated me from my mother in Rasht and took me back to Velayat and I was a little shepherdess girl running after sheep and goats. My mother, Goli Jan, died from the agony of separation [az ghoseh-ye man deq kard o mord].”

My father, Uriyah, was born in Isfahan. He was the son of Rabbi Shemu`l and Esther. Rabbi Shemu`l’s ancestors came from Yazd to Isfahan. My grandmother, Esther, was the daughter of El’azar Gabbay and Farha. Farha was the daughter of Hezqiyah Javaheri (d. 1921), a muli-millioner and the head of the Jewish community of Isfahan. Hezqiyah was a close friend of Zell al-Soltan (d. 1917), the Governor if Isfahan and Central Districts of Iran. Hezqiyah used to bribe him in order to secure the safety of the Jewish community of Isfahan. There are many documents on Hezqiyah in British Archives in London and in Alliance Archives in Paris. His name and fame is documented in Levy’s book (vol. iii, p. 925). My grandfather, Rabbi Shemu`l, brought his family to Rasht during the years 1917-1925. So, my father came to Rasht in 1919, when he was nine years old. He studied in American-Presbyterian school in Rasht. He met my mother in an Insurance Company belonging to Monsieur Benoit Gabbay and Shahbaziyan in Rasht. Both were working in that Company. They fell in love with each other, a love which lasted until my mother returned her soul to the Creator.

I, together with my brother and sister, immigrated to Israel in different months of the year 1950. She joined us a year later. Her husband (my father, Uriyah) died in Iran and is buried in the Jewish cemetery in Isfahan.

The above is a hasty and short story. I am still confused and disturbed over her death. I do not feel myself composed enough at this moment to narrate all that I learned about her recently. My feeling is that she with such a rich pastoral life of the north green Iranian land felt herself like an Arian lioness in a cage. That life ended three weeks ago. May be she flew back to where she came from, to her Velayat, free, noble and Azadeh in the full sense. Almost in every sentence in her recorded cassettes, I hear “vatan-e man” — specially when she speaks in Kurdish.

I reviewed the content of the audio-cassettes. It is very painful for me to
learn that my mother, this woman of the century, this gazelle of the plains and mountains of the North, who scarified herself to bring us up since our childhood, does not exist any more. She was a very strong woman, physically and spiritually. She was open-minded and loved human beings of all races and nations, clean of any prejudice. She was independent woman with strong will-power and self-esteem. She lives deeply in my memory continuing to teach me the right path of life, the path of the truth, knowledge, integrity, tolerance and nobility. She possessed all these qualities together with a kind of admirable tribal naivety and magnanimity. Her history is my history. A genuine Iranian woman with the blood of Cyrus the Great and Moses running in her veins. May God bless her.

Yours,
Amnon Netzer
Jerusalem, March 16, five days before Nouruz the day my mother so much
loved.